Why I hate cleaning 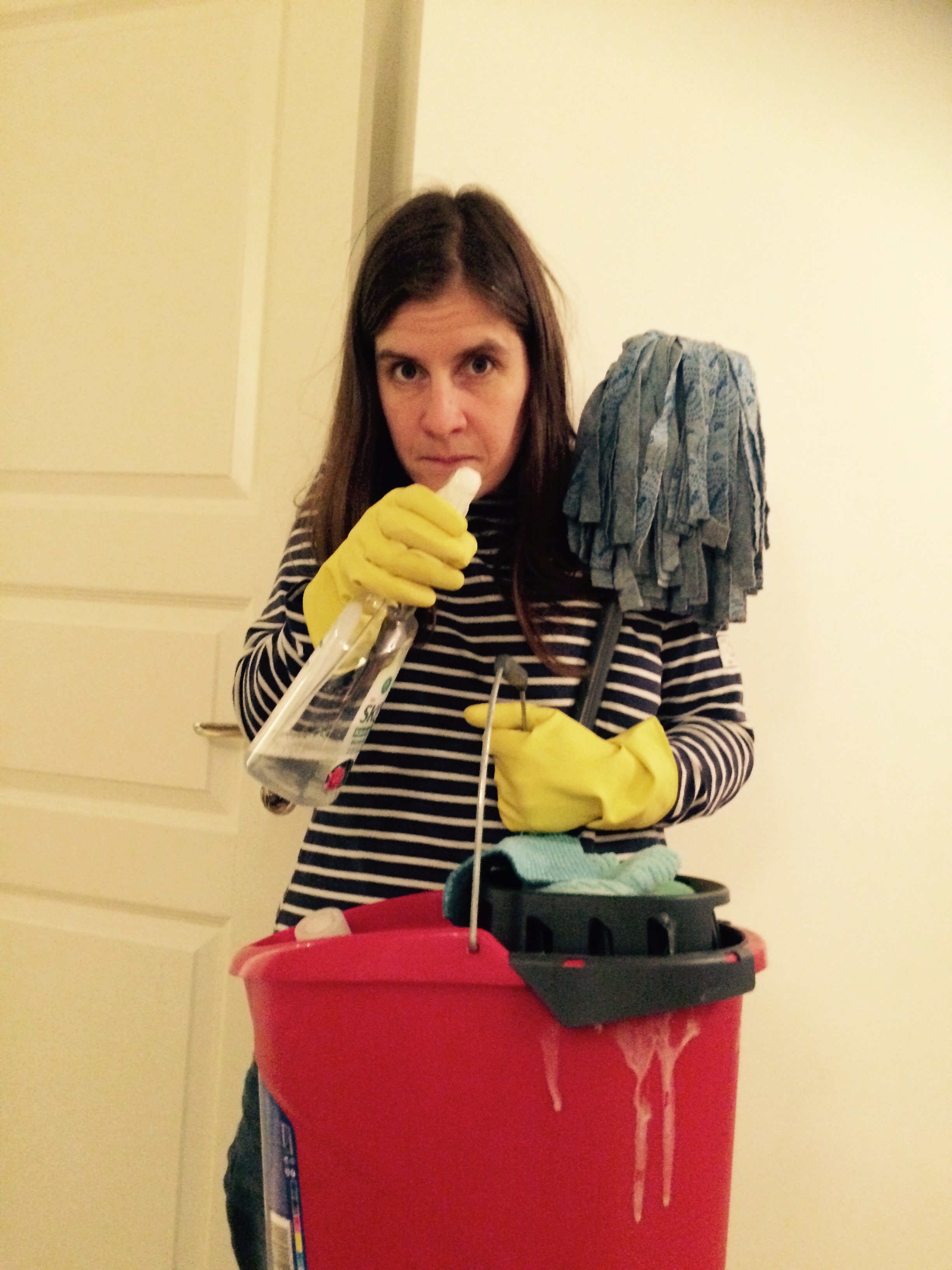 We have just moved house and have to hand back the keys to the old one at the end of this week. This means I have to clean. Mirrors, tiles, floors, sinks, everything.

The problem is that I only ever have a major blitz when there’s someone coming to stay, because mess is quite comforting, because I am always ‘too busy’ to do more than wipe the sides down after cooking, and, because I really hate cleaning.

There are a number of reasons for this, but no.1 on my hate list is that no-one ever notices you have done it. Ever. For example, I clean the shower and the toilet, sweep and mop the floor in our open plan kitchen/diner/lounge and do 2 loads of washing and the washing up. Will my children run in from school proclaiming that they are thrilled with the shiny toilet bowl or that they are so pleased that their blue pants are clean. No. They will hang their coats on the floor, tip out the entire contents of the lego box and start playing a noisy game. Leading me on to…

no.2. As soon as you’ve done it, it gets messed up again. I have to say that I have tried in vain to operate a Lego management system, mostly by moving it all into a separate room so I can at least shut the door on it, but even then, like all of us Lego Mammas I manage to get a bit stuck in the sole of my foot at least once a day. The worst one was the head of a mammoth with tusks. Ouch.

no. 3. Other people always seem to do a better job. I will never forget the day I really realised that I was quite untidy… when my friend’s 3 year old daughter told me in no uncertain terms that she was appalled at the mud splattered up my stairwell. It was shortly after that, that my friend started cleaning for me. That only lasted for as long as we lived in that house. When we moved areas, I didn’t get another person to clean, for the simple reason that you have to clean before the cleaner comes and what is the bloody point in that? I have already said that I hate cleaning. Duh.

There is obviously something to be said for clean people and their immaculate houses, I really respect them… my friend (from three beds in three days) is one of these special people. He loves nothing more than spending a whole day removing dust particles from every tiny nook and cranny of his spotless apartment.

But, because he is so clean, he never gets to experience the genuine mystery of trying to work out what that solid sticky patch on the floor is as you scrape at it with a knife, trying not to remove the laminate. He misses out because he will never have a mug on his desk which hasn’t been washed for godknowshowlong and which now has an rather pretty but vicious smelling purple and green growth in it. And you can guarantee that he will never ever be able to recite the story of when his Mum found 3 weeks worth of uneaten sandwiches festering under his bed. (This was my brother, not me, but for the purposes of this story I am stealing it).

My friend messaged me yesterday to say he wished he could come and help me with the clean up operation, I wish he could too – so far, I have found 2 dried up piles of dog vomit, green crayon behind my son’s bed and a massive scratch under where the boy’s rug was… It’s going to be a long week.