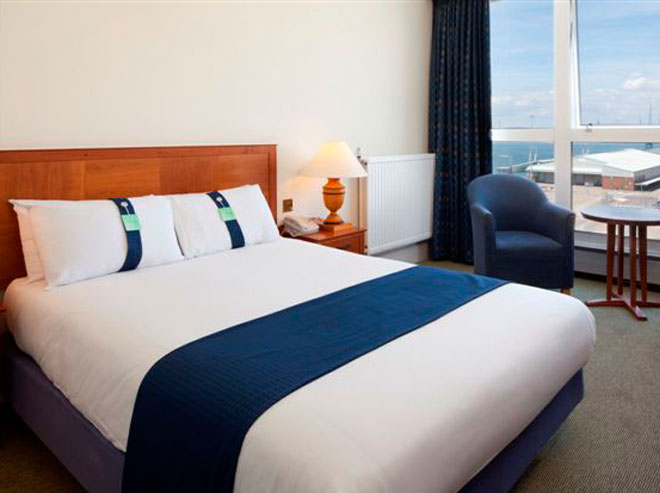 Having just got used to a brand new bed in our brand new apartment in a brand new country, I had to go back to work in the UK. This meant a round of bed hopping in order to fit everything and everyone into my completely ludicrous schedule. But, as long as there are beer; bed and biscuits, everything is usually ok.

1. Holiday Inn, Southampton – after staggering off the coach at 1am with no idea where to go because the trusty electronic devices were out of battery, I joined the queue for the taxi rank. Once at the front, my allocated driver was clearly not keen on driving me a distance which he described as ‘a 2 minute walk’. I set off in with my bag full of booze (gifts for the family, honest), clinking merrily and started looking for a ghastly 60s tower block. Bingo. 6 mins walk though, but unlike the last hotel I stayed in, the bar was actually open when I arrived so of course I went straight to bed. A single bed, for £115, in Southampton. Mmm. Bargain. Shit biscuits too.

2. The cleanest flat in the world – occupied by the world’s most organised and lovely person was my second stopover and it was like a white oasis of calm, well, it was until I got there and my post-travel/conference body relaxed and had a monthly trauma on white crisp sheets. Bugger. Good job that every cleaning material known to man is stored (in alphabetical order, with a COSHH assessment, in a kitchen cupboard)… Incidentally, this is not as bad as the time as when I stayed at a friend’s in North London, collapsed on the sofa, vomited on the rug and then tried to clean it at 3am without waking them up.

3. Dad’s – well, thank God for my sister going round there to make the bed, very disappointed that the sheets weren’t ironed though, perhaps a lesson from 2. on this is needed. Haha. Dad is on a long term diet (good for him), so has absolutely sod all food that any normal human being would want to eat. And zero biscuits, not even a crumb. Or crisps or crackers or anything. Let alone beer. Note to self: get a waitrose order delivered there before the summer holiday visit. Seeds and low fat greek yoghurt anyone? No, I thought not. Off to my little sister’s for a curry then.