The cat is back… 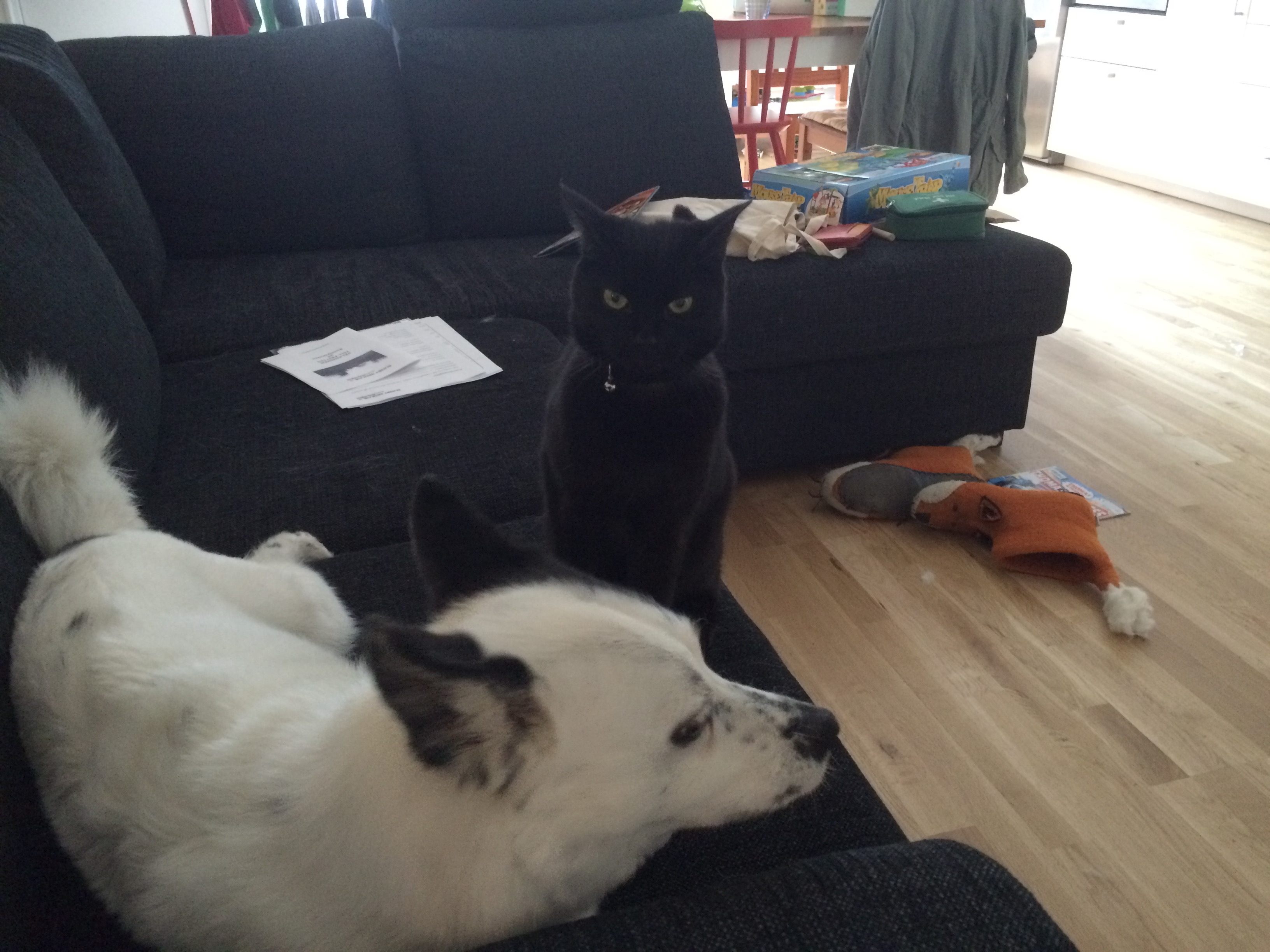 It has been 4 1/2 months since we moved and we came without the cat. It seemed like the most sensible solution at the time, my sister could keep him in the house, we wouldn’t have to move him 1270 miles. I know it seems odd that we made a sensible decision, but at one point in my life this had to happen. We won’t make that kind of decision again because it was clearly not meant to work…

My sister moved out and my other sister moved in (please do not ask me to explain our family just now, perhaps I could explain this in a later post), and he went missing (no-one’s fault). We kept it a secret, but eventually I had to let the cat out of the bag (ahaha I am so funny) and my husband was distraught… amongst our many differences, he is most definitely a cat person and I am a dog person. So when we went back in the summer, it was like fate that as soon as he went out in the garden, the cat turned up.

So began the journey for the cat. I was out volunteering at a Scout thing, my husband texted me: 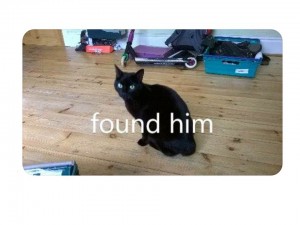 My friend Angela says that if there are 2 paths ahead and one is smooth and pretty by a lovely river and the other means you have to climb up a boulder strewn track with barbed wire across it, then I will take the one with barbed wire. I don’t know what this says about me, but she is absolutely right and so began the 4 week grand palaver to get the cat from the Isle of Wight to Sweden.

By the time I got home from my volunteering stint, my husband had brought the cat in a box to my Dad’s (where it stayed for 2 days); we then took it to his sister’s with us (where it stayed in the garage for 2 days); it then came to my Mum’s (where it stayed in a shed for 1 day), went to the vets to get a passport and then a nice lady called Heather who we found on the internet looked after him for 3 weeks until my husband went back to collect him, get the last set of injections and took him to my brother’s house for a night and day. Now, it is worth saying here that my brother hates animals and refuses to have my dogs in his house. However, when my husband asks him if the cat can stay.. oh, that’s absolutely fine. What is it with siblings?

And so began the final leg of the journey at 1800 on Sunday … train, boat (in kennels on ferry with several dogs barking all night. The cat in the kennels, not Ed), train, train, train, train, hotel (yes I know people, my husband took his cat to a hotel, did he take me to a hotel recently… no!); more train, boat, train, train and then last night at 2122 they both got home.

The cat was understandably relieved to be out of the box, he also seemed quite pleased to see the dogs (though I am not sure if the feeling is mutual, if dogs could harumph, I am fairly sure that is what Sam was doing). He took himself off to explore, discovered his favourite spot on top of #1 son’s high sleeper bed and promptly curled up and went to sleep.

I must admit, it is lovely to have him here, but shhhh, don’t tell my husband.