Paul and Wayne on a plane – a lesson in luck 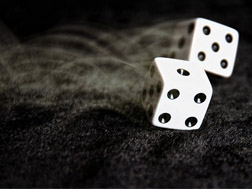 I do not have a jetset lifestyle, but sometimes, I am lucky enough to be able to combine a bit of work with a bit of socialising and so 2 weeks ago, I set off on a 34 hour return business trip to the UK, which was to include more eating and drinking with friends than actual work. And there was a distinct lack of sleep. Which is probably why I forgot to check in until 2am the morning of my 7am flight, (when I finally got to my hotel room), and why I ended up near the back of the plane right in front of Paul and Wayne who most definitely checked in after me, and probably did not get any sleep at all.

Paul and Wayne were a real-life middle aged version of those guys from the Hangover films crossed with the IT Crowd. They book on to conferences all over the world (Vegas, Oslo and Paris were mentioned) and then they go out drinking. Apparently the rule is that they need to finish all the work they have to do for the day by 11 and then off they go to have some fun. I realise that on paper they sound like a bit of cliché, and they probably are, but they did not seem to care.

They were actually quite sweet with their matching Bose noise reduction headphones; entertaining chitchat with the very confused Scandinavian air stewards about roast beef and yorkshire puddings and enthusiastic questions about where to go sightseeing in Stockholm. Before my sense kicked in and overrode my lack of sleep brain, I half considered offering to be their tour guide for the day.

Wayne was my favourite (is it ok to say that about strange men who you meet on planes?), he reminded me of an older version of my brother:- he could not sit down and had a lot to say, most of it funny, some of it slightly profound:

‘Luck is when opportunity and readiness meet’

About luck: ‘Labour under the correct knowledge’

And my favourite: ‘The only time success comes before work is in the dictionary.’

Eventually Paul went to sleep and I thought Wayne had too, but ten minutes later, halfway into the flight, I was sitting working and I found that he was standing looking at me writing over my shoulder. He then proceeded to give me a handwriting analysis – apparently my writing slants upwards, which is a positive thing, however I don’t form my ‘f’s properly which says something about my father. So there you go… I have no idea who they are or where they come from, but they brightened up my otherwise mundane morning and reminded me that there are genuinely nice people out there who sometimes you get a chance opportunity to meet.