Minus one toenail and a whole lot of self respect 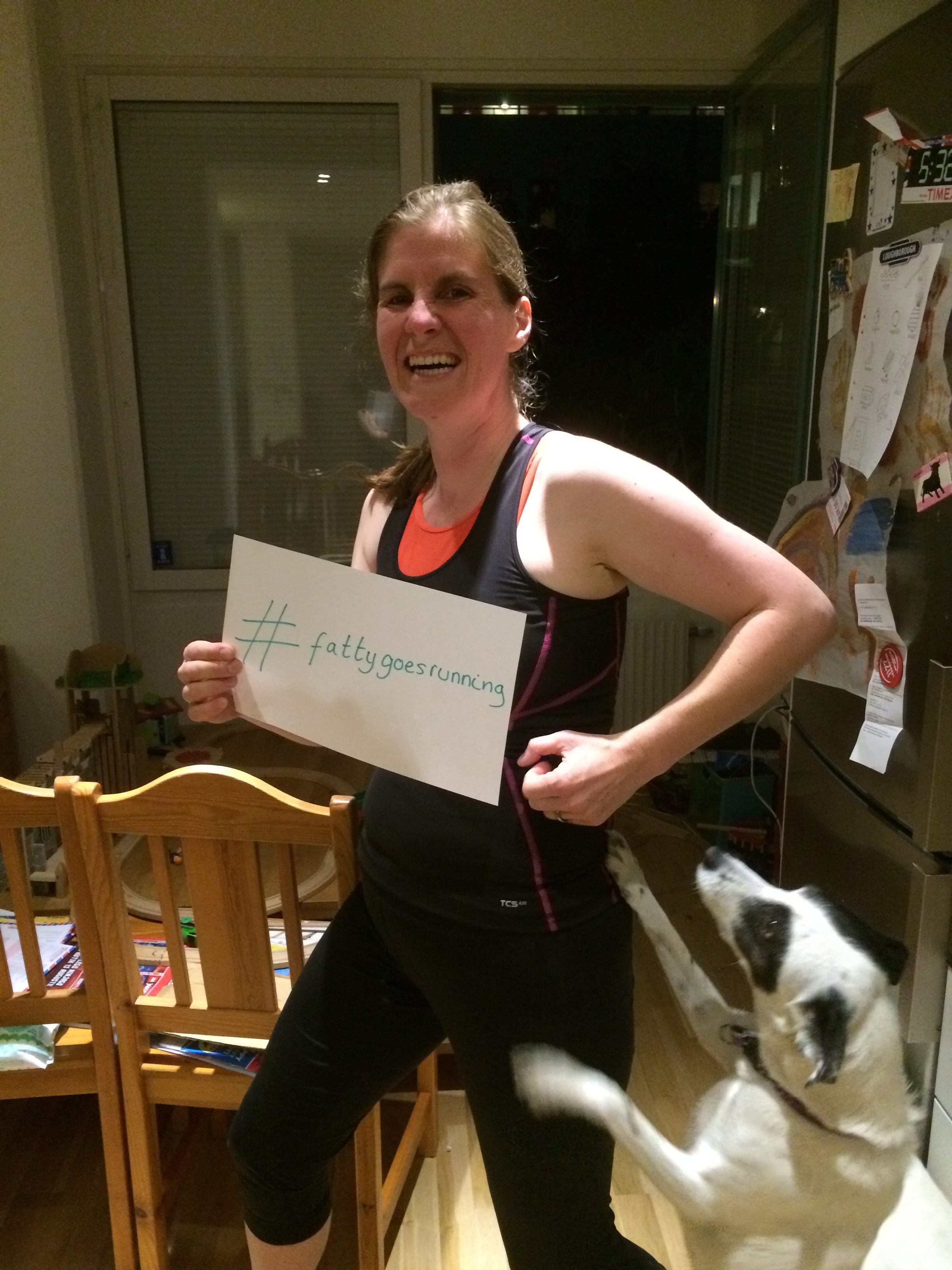 When I started running again, I was aiming to lose weight. I have lost a bit, but the ever present lure of cake and beer continues to cause me some problems in that department.

Instead I have lost a number of other things instead…  a toenail. Yes, it hurt, apparently it is normal for long distance runners (it’s ok people, I am an athlete, I can cope). It had been looking a bit ropey for a while, and then we were in the Swedish equivalent of B&Q and I stubbed my foot on the trolley and it ripped out gushing blood, at which point my gallant 7 year old ripped the plaster off his mozzie bite on his arm and proceeded to apply it to my bleeding toe. What a gent.

I have lost most of my self respect because, if you are going to clothe yourself in lycra and then make constant movements when you still carry the weight from 2 hefty babies (yes I am blaming them), it had better be good lycra or you had better be skinny, otherwise the effect is something akin to a constantly wobbling jelly, possibly quite hypnotic to those watching, or else a little bit gross. Of course people are very supportive and kind, but I know that it is not pretty. I would love to be a size 12 and run this race in under 2 hours. But I am a realist. I will run as fast as I can without causing any of my fellow runners any damage with my madly wobbling wobbly bits and collapse at the end with a G&T.

I also lost our front door key. Yes, yes, I hear you cry, no surprise there, she does that all the time. But this time, it was an issue. We had just got back from our 3 week visit to the UK, it was my husband’s first day back at work, and he had to take no. 1 son to Swedish summer school in Stockholm. I had to take no. 2 son to nursery and then went for a run to the next town, I got on the train to go home and realised that I did not have my key. I had dropped it somewhere in the previous 7km. Also, I realised that my husband did not have his key because he was in a rush to get out of the door and could not find it, so, we were locked out. It was about 25 degrees and getting hotter. I was stinky and knackered, I had the dogs with me. I cried…

… 9 hours and 2900kr later we got back in. The boys thought it was fab because they got to watch a man drill a hole in the door and they got pizzas from the takeaway for tea. No 2 son keeps asking me when the locksmith is coming back.