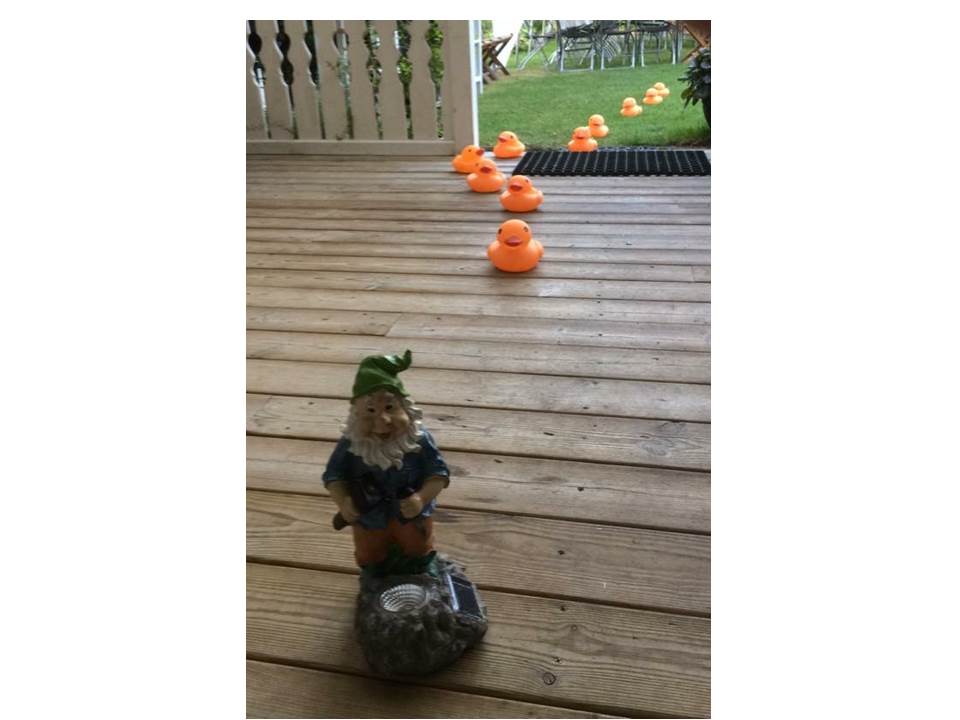 I had this brilliant idea to adorn a friend’s garden with a crowd of gnomes for his 40th birthday. This would be done in the middle of the night, so that when he woke up, there they all were… he hates tat, typical Swede, all perfectly placed minimalism and practicality. Note to all my Swedish friends: I am only jealous…

Unfortunately, because I am woefully disorganised ( I know, it’s a shock, woman with ADHD has trouble organising) , things didn’t go quite to plan. It turns out that gnomes are not an easily purchased item in Sweden, due to the reasons above – they don’t like tat, are fairly minimalist and practical and gnomes most definitely do not fit into any of these categories. There was in fact a whole advertising campaign from Ikea about expunging the gnome from our gardens https://www.youtube.com/watch?v=S9xROONPy6Y – apparently we Brits were so outraged that we demanded an apology…

Anyway, I digress, gnomes are not easily available in the shops in Sweden, so I turned to the internet. I found an app which linked me up with several companies in China who could ship me anything between 100-5,000 gnomes, but this would take 39-60 days, not an option as the party was 10 days away. Just think though, 100 gnomes, it would have been good! 5,000 even better, but that it a very costly practical joke.

This kind of situation irritates me immensely. I have a good idea, other people think it is a good idea, I build it up and talk about it, but get carried away in the idea and forget that it actually needs to be executed in order to be funny. Then, anything from 1-10 days before said event (which I have been madly and hilariously talking up for the last 6 weeks), I remember, shit, I didn’t actually do anything about xxx – in this case, order the gnomes… and then the panic sets in. I go through all sorts of ludicrous options in my head, like (1) I could get my Stepdad to go to a garden centre in the UK, buy up all the gnomes and courier them to me. Argh, no, don’t be stupid, too expensive, (2) I could buy flights for my friend from the UK and get him to bring me out 40 gnomes in his baggage (seriously, 40 gnomes in a standard 15kg checked in bag, who am I trying to kid?) (3) I could buy 40 paint-it-yourself gnome kits and then paint them in the 3 1/2 days that I now have left before the party (ok if I actually had any artistic ability or patience).

So, after a lot of stressing (yes, I know, I am stressing about the outcome of a practical joke, which in itself is ridiculous), I go to plan B. The trouble is that I am not entirely sure what plan B is and now I am left with 24 hours to create one. So, I went shopping, and this is what my friend ended up with at 5am on the day of his birthday:-

0900 Text from friend’s partner: Hilarious! We are all very puzzled.

Text back from me: I don’t know what you are talking about?