#fattygoesrunning is inspired (and eats a bit of cake) 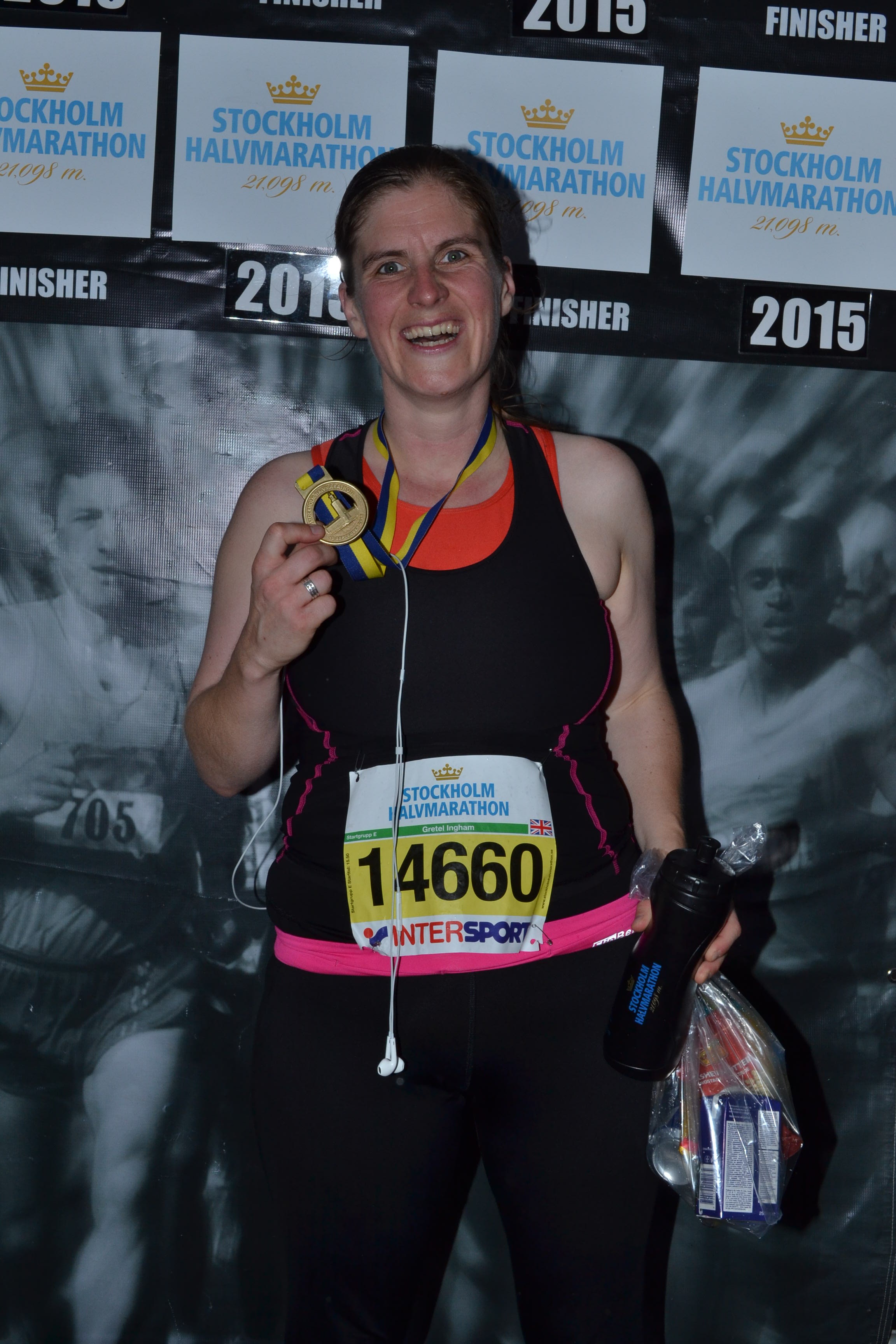 So.. the half marathon is over. I ran it all too – despite feeling like I was going to die at 18km – I knocked 7 minutes off my previous best time and I had awesome people shouting for me all along the course. I am not aching anymore and I have reverted to form, eating crisps and biscuits and spending more time in front of the screen than running in the woods. I know I need to get off my backside and start running again, but you know, I deserve a little rest, don’t I? Maybe I’ll go next week…

I am shamed by some of the supercool people I met and found during and after the race: take @runeurope – a crazy guy who is running 50 half marathons before he is 50 and has already done another race (last week he completed a triathlon); the people who were running with the timing banners, all of whom must have been over 60; and the woman who overtook me, not once, not twice, but three times during the race, who has got to have been double my age. Just thinking about it makes me want to sit down, drink tea and have a big cake.

But what has amazed me most is the ‘fat and fit’ movement which has suddenly sprung up, it’s as if people knew about #fattygoesrunning already and tagged along. But of course they didn’t, it’s just that there are loads of ordinary people out there like me who want to be fitter and feel better about themselves, but like cake/have kids/work etc. Like the ‘plump’ runner (seriously, who says plump anymore) Lindsey Swift who posted an open letter on Facebook to the van driver who abused her while she was running and is now on the front cover of Womens Running UK.

But you don’t need to be on the front cover of a magazine to be an inspiration, here are some of my current favourites: