Carryongret’s guide to the EU referendum 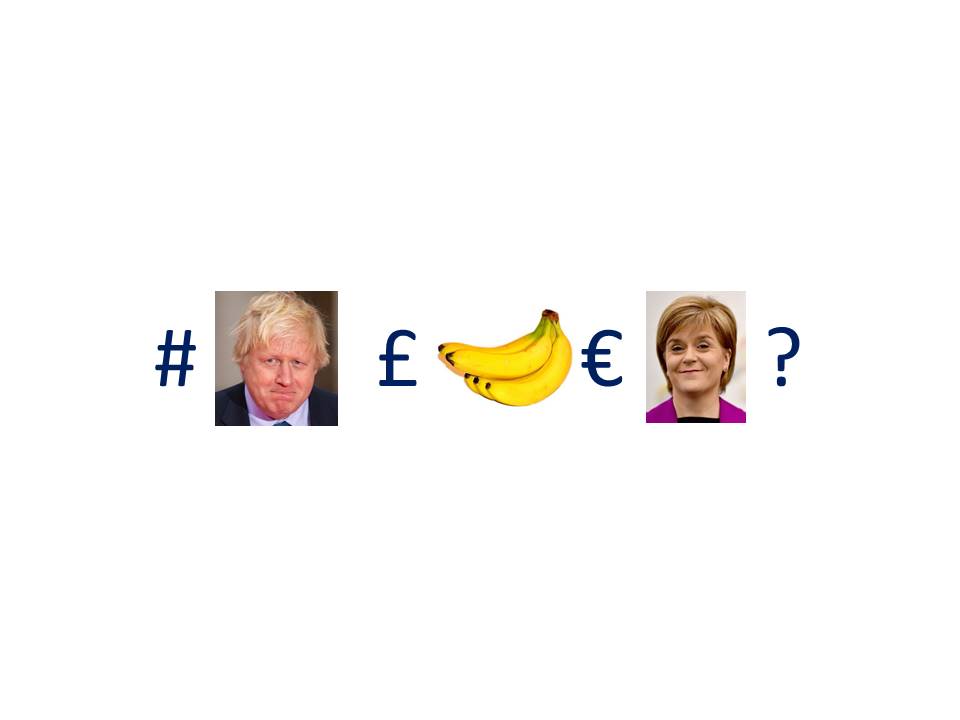 Good evening, and welcome to the first Carryongret public service broadcast, tonight my friends I am going to be walking you through the finer (*ahem, possibly a matter of opinion) points of the EU referendum debate. I cannot promise that you will come out of it totally clued up, but you may at least have some of your questions answered

1.What have Boris’s wonky bananas got to do with anything?

Since Boris joined a couple of months ago, the #Brexit campaign has really stepped up a notch, I mean here’s a man who’s really got his finger on the pulse. The shape of bananas is clearly the key thing I’ll be looking at when deciding how to vote on June 23rd. Urgh. Poor old Boris was trying to make the point that the EU regulates on lots of things and he just picked a really stupid example. I honestly don’t care about the shape of my bananas.

2. What do all the bloody hashtags mean?

There are now so many hashtags flying around that it is frankly brain boggling. It seems ludicrous to me that a campaign like this cannot get its shit together and have a single message and therefore a single hashtag – Oh no, wait, that would mean politician working together. What was I thinking?

3. Will the country really swing back into a recession if we vote to leave?

Of course no-one actually knows. But it actually doesn’t look that great does it? As the pollsters announced yesterday that the Leave vote was ahead by 7 points, the markets went down and the pound lost value.  Now, global economics is not my strong point, but you could argue that this is not a good sign of things to come. On the other hand, you could argue that whatever happens there is going to be some sort of wobble because there always is at times of political uncertainty.

4. What happens when a country actually votes to leave the EU?

The long answer – First Britain will have to file an article 50 to request it’s removal, then there will be a long drawn out process to negotiate into or out of the various bits of the EU we may or may not want to remain a part of. It’s estimated to take at least 2 years and possibly more and no-one knows what restrictions we’ll have at the end of it. It might be that in order to stay as part of the free market for example, we’ll have to accept EU rules on freedom of movement. And then added to that heady mix, we have a general election coming up in a couple of years, so if we then get a new government with different priorities, who knows where we’ll be?

5. Will all the many millions of migrant workers and foreign criminals filling the UK from top to bottom claiming all our benefits and taking all our houses and jobs be deported if we vote to leave?

Sorry, this is where my patience gets broken somewhat. It’s all well and good to discuss issues of security in a sensible mature way, or to address the housing crisis, but not to ramp up the figures, tell lies, spread fear and blame all of our problems on other human beings who happen to be a convenient scapegoat for the fact that successive UK governments have not addressed these issues for many many years. Phew, rant over, gin poured.

See 4 & 9. If we vote to leave the EU on 23rd June, then there is not going to be a miraculous change in circumstances overnight. Or in the next weeks, or even this year, but there will be changes whether we vote in or out.

6. Is it true that more money is being spent on the referendum campaigns than on a hospital budget for a year?

Yes, it’s true. At the last count, Lord Sainsbury alone had given the Vote Remain campaign a whopping £2.3m. And the total amount of money given to the campaigns by private donors is £15.6 million (and that was at the end of April 16, so God knows what it is now).

If there was actually some proper public information coming out, containing coherent facts rather than rampant speculation, then I might not be so mad, but there is nothing apart from Nige vs Dave vs Boris vs Jezza … which leads me neatly on to…

7. Why does the whole thing seem to centre around angry men shouting at each other and trading insults?

I’d like to say it’s because women have got more respect for each other, that we have got better things to do with our time and energy that stand around posturing and waffling crap. Suzanne Moore sums it all up nicely for me in this article.

I’ve actually been watching some of the stuff Nicola Sturgeon has been putting out. It’s quite interesting. EU aside, I wonder if we could persuade her to bring a Scottish army, Braveheart style (with or without Mel Gibson) and overthrow our Etonion wafflers so we can have her as PM. Anyone else think this is a good idea?

8. Leading on to… what has the EU ever done for women?

Actually, quite a lot, especially around maternity pay, employment and equal pay.

It doesn’t mean that if we leave the EU those things will be lost, but none of our politicians have come out and said they will keep them either. I’d quite like that guarantee thanks.

9. And most importantly for me (in case you didn’t know, I live in Sweden with my family), will I have to move? Or get a visa? Both? Neither?

And the answer is… wait for it… yes you guessed it… NO-ONE knows. It looks unlikely that all of us ex-pats currently living an working in the EU will have to suddenly move back to the UK or go through a complicated visa process or something similar. Because that would be utterly stupid. But it will depend on how negotiations go with the other 27 countries in the EU go in the coming months and years.

10. What if all of the amazing information above did not answer your questions?

Shock horror, hold on to your hats people, The BBC has actually produced something which seems to be pretty impartial for a change. Have a look at their ‘Reality Check’ series to see if the figures being bandied about from either side actually have any basis in reality.

Or you can check out this article in the Independent which gives some facts and busts some myths.

Or, you can have a bit of (serious-ish) fun by taking the Change.org quiz to see which way you should vote. Mine was 60% towards remain and gave quite an interesting explanation. I quite like all that stuff.

I am going to vote and I hope you do too. There is enough information out there for me to make a decision, though not all my questions can be answered.

And here endeth the lecture.