A year in Sweden 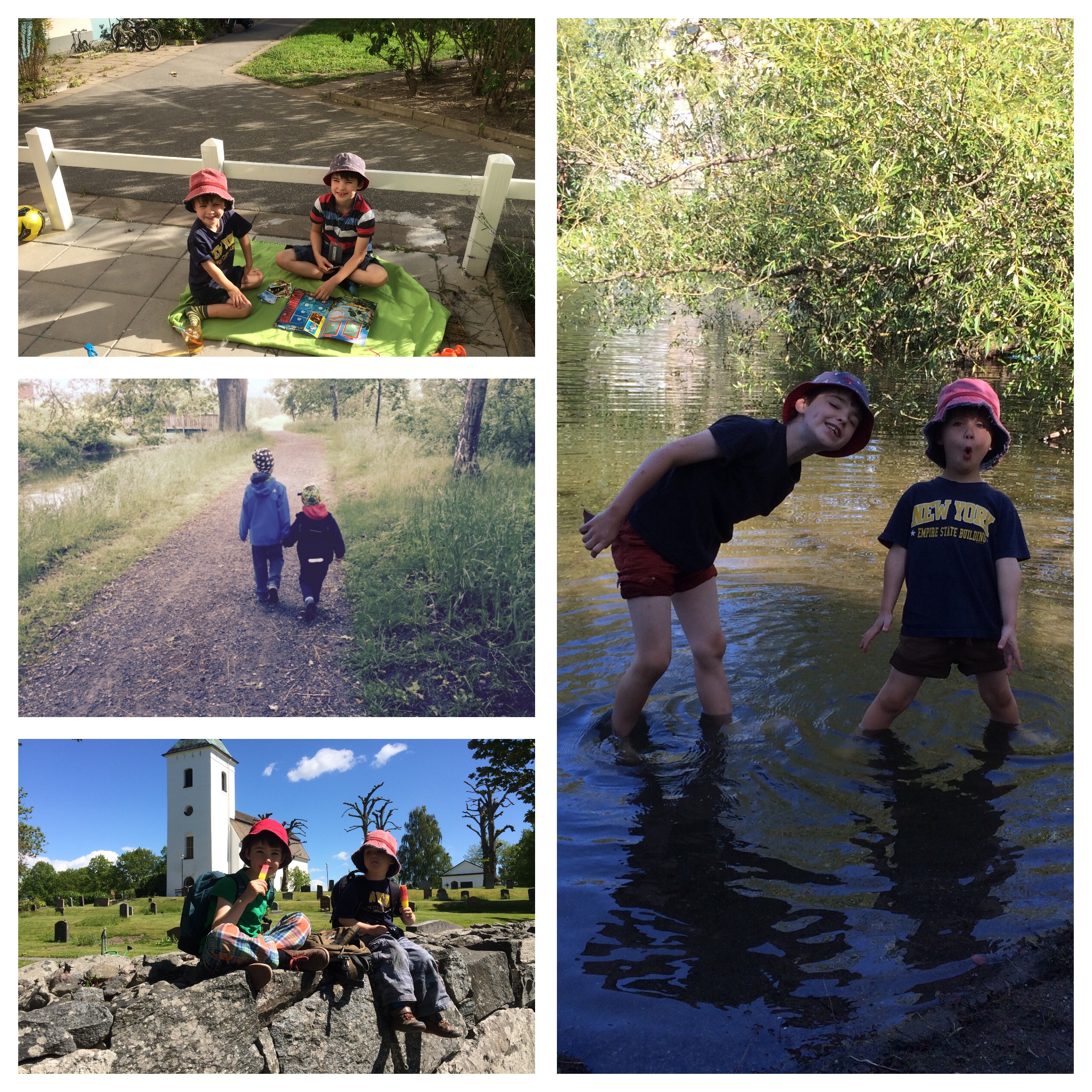 So, we’ve been here in Sweden for a whole year. I thought it would be a good idea to do a review, reflect on the highs etc and of course, being the modern parent that I am, I needed to make sure the boys were involved in this. I asked them for their highlights. They looked confused. I tried explaining what I was doing.

Pancakes says the big one confidently.

Oh yeah, but not pea soup says the little one. Yuck. (these two are traditionally served together on a Thursday).

Yeah, but we had pancakes in the UK, I say.

Yes but not every week Mum, says the big one,

Or with jam and cream says the little one.

I actually had pancakes for mellis (mid afternoon snack) yesterday says the little one,

Oh that’s not fair says the big one, I just had mackor (open sandwiches).

In order to try and prevent a full scale war about who ate what at 2.30pm yesterday, I try and move the conversation on… Try thinking about interesting things we’ve seen or done, I say, like different animals and plants or places we’ve been to…

Oh, says the big one with a look of realisation dawning on his face. You want us to talk about stuff that’s different. Like that dead polecat we saw on the way home from dagis (day nursery)?

Er… yes, I say, (trying to be encouraging and wondering why), well we wouldn’t have seen that in Sandown would we?

The little one chips in with enthusiasm: and the dead shrew we saw by the supermarket. Did you take a picture of that Mum? You could put a picture on your blog, I bet people would be interested in that…

Oh yeah, says the big one, warming up now, and what about that dead deer we found in the woods after new year, you definitely took a picture of that… (I should say right now, that I took those pictures for identification purposes and I have no intention of posting pictures of dead animals here, it’s not that kind of site).

I had been romantically imagining that they would remember getting purple knees, lips and tongues whilst kneeling in a blueberry patch and cramming their faces full of freshly picked blueberries; or swimming in numerous freshwater lakes;  or running wild in the woods; or getting the tram in the city or the boat out to the archipelago. I mention this to the big one, he considers what I have said and then replies but those things are just normal Mum. We do that stuff all the time.

And I realise that they are living life and loving it and I feel less guilty about having heaved them out of their comfort zone to another country with another language and a different culture. And I am relieved, because I love it too.